These and more information about the Stolen Wages campaign can be found on these websites:
ANTaR Qld
Dr. Rosalind Kidd
Creative Spirits

For the most recent developments see:
Queensland Council of Unions

I have included two other documents here, one is a speech Cr Alf Lacey (then-Deputy Mayor of Palm Island) gave to an Australia Asia Worker Links meeting at Victoria Trades Hall in May 2003.

The other started as a position paper for the Stolen Wages Executive to take to meetings with Ministers and Local MPs, which was subsequently made into a flyer so everyone had access to what was being said and done – indeed, the three main thrusts of the campaign were taken from the messages we consistently heard throughout the state and were merely sharpened for easy consumption and understanding.

See also my pages on the ‘Best of Stolen Wages’ which I have put up because I honestly didn’t know whether to put into work or personal – it wasn’t work and it wasn’t my personal campaign so it didn’t really fit, even though in some communities it seems to be what I may be best known for, even to this day. I was more than happy to leave organising to the unions towards the middle to end of 2006 when they were keen to put their weight, and that of their legals, behind the campaign once and for all. 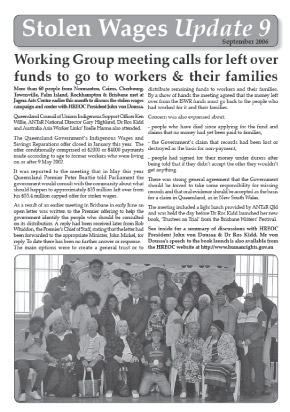 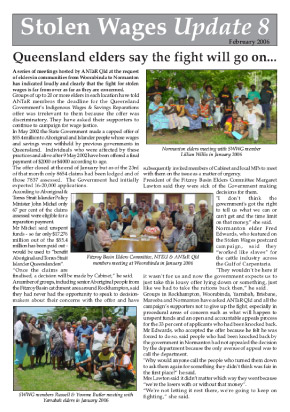 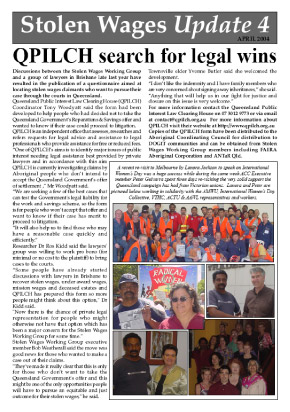