I’m really pleased to be able to present, from my archives, a selection of pics and PDFs from the Aboriginal Coordinating Council.

The ACC was formed in the late 1980s and I was their newsletter editor/media liaison from 1998 through to their closure in the mid-2000s.

This is what they were (from http://www.lgfocus.com.au/editions/2002-01/aboriginal-coordinating-council.php): The Aboriginal Coordinating Council is a statutory body established under the Queensland Community Services (Aborigines) Act 1984. It was established to enable Aboriginal Community Councils to become Local Government bodies.

The Councils themselves were formed in 1984 when the running of the communities was handed back to local people instead of being administered by the State Government.

The main aim of the ACC is to enhance the quality of life for residents, by assisting Community Councils to carry out functions as defined under the Act. In 1984, Queensland established a system of community level land trusts, to own and administer former reserves under a special title called Deed of Grant in Trust (DOGIT).

Each trust area became a Local Government area with incorporated Aboriginal Councils, which elected representatives every three years, to manage the community’s affairs.

Unfortunately my collection is incomplete. There have been times over the past 20 years where I’ve not had a lot of resources to be able to store various things, especially big things like newsletters – which in their print format can be up to 50mb each. So the way I’ve kept these things has been inconsistent. For some editions I only have the pics to show for it, for others I have the layout but not the pics, I also have some hard copies here, which one of these days I’ll get to scanning.

A lot of people miss the ACC, they still talk about it with me as I get to travel around to this day.

Finally, I’d just like to remind people there are images and yarns in collection of many many people who have passed on. Please be aware of that as you flick through and please remember I am happy to remove or edit as required, and if requested. There is a contact button on the page which goes directly to my email. 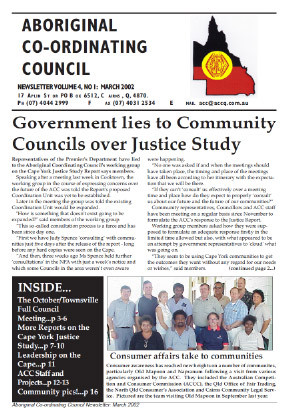 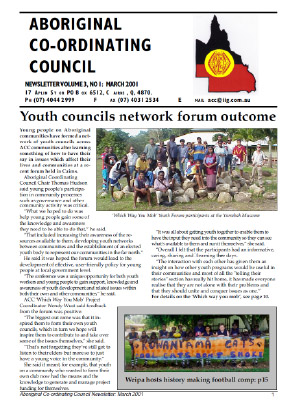 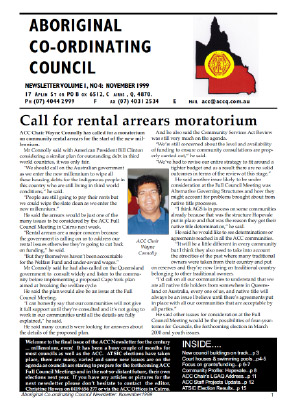 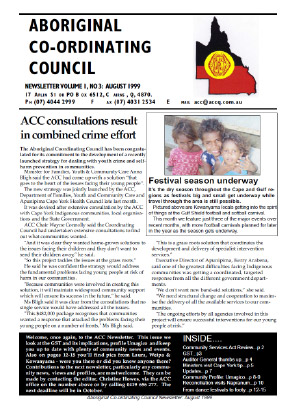 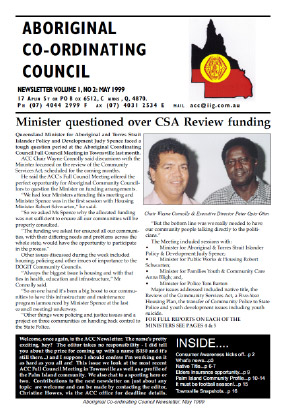